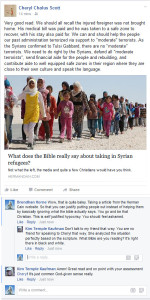 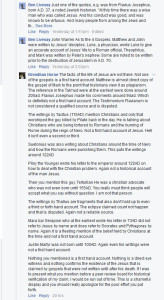 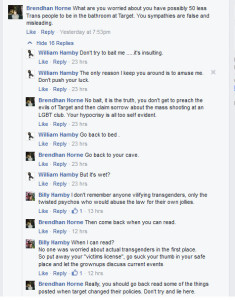 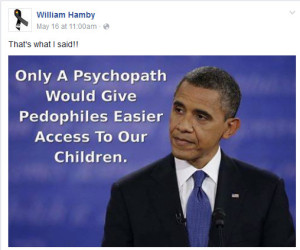 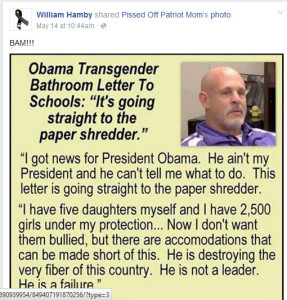 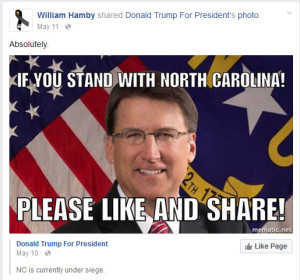 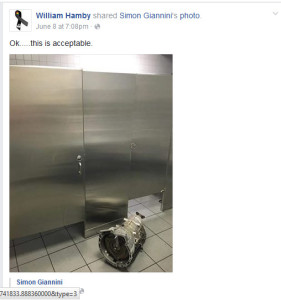 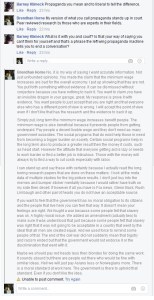 Mike Roselle is a very cool guy who has done some amazing things. Not the least of which is creating Earth First. We all are entitled to be disappointed by our heroes. Don’t get me wrong. I don’t hate Mike, I am just disappointed.

Mike basically goes off on Bill Mahrer a comedian who has some very strong anti religious points of view. Yesterday 2 muslims shot dead 12 people at a satire news publication in France.  Mike decided to trash Bill and his anti religious views. Unfortunately the exchange makes Mike look bad and most of his commenters look like uniformed idiots that are the stereotype of the treehugger movement.

No the atheists are not responsible for the greatest mass murders out there. Yes religion has lead to some of the greatest atrocities in history.

No I do not support religion.

So it looks like the dumbest man Louie Gohmert in Congress in going to challenge current speaker John Boehner. The incredible amount of stupid here is amazing.

Once again an anti government wing nut on facebook doesn’t get it. The government doesn’t do anything for him. He receives no benefits from government at all, he claims. It is this level of cluelessness that makes me glad that they are revamping the school system. He apparently removed the comment before my reply could be posted. 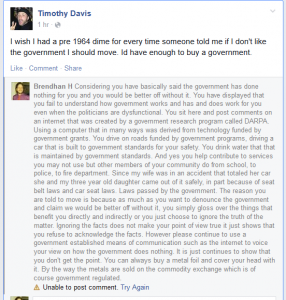